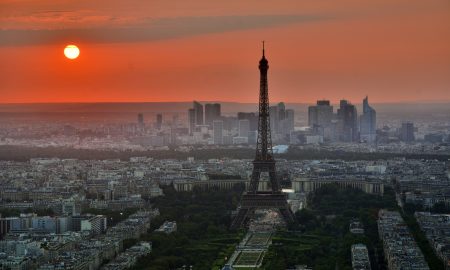 The Hidden Gems of Paris 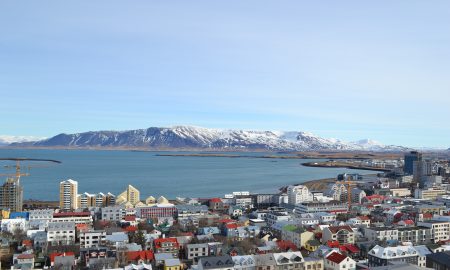 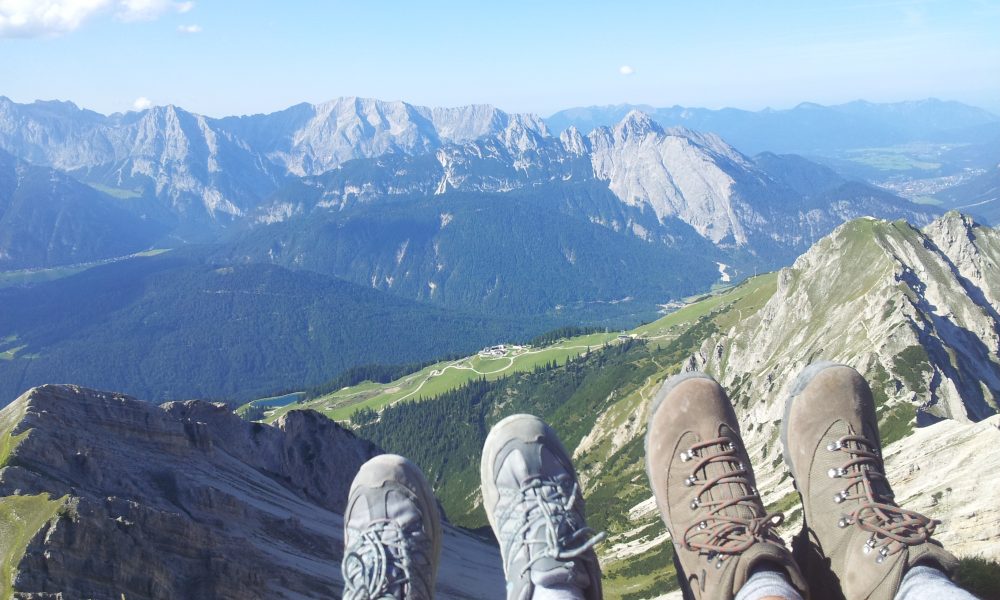 Ten months ago, a friend of mine told me how years ago he had completed the Annapurna trek in Nepal. It’s a mountainous  trek, one that reaches 17769ft , lasts nineteen days and requires a good amount of fitness. Now, for somebody like myself who has spent their entire life 38 metres above sea level, drives the one mile to university daily and has the fitness level of Michelle McManus, there was always going to be a million other easier ways to ease me into the world of trekking and mountaineering. I chose Seefeld, Austria.

Prior to our visit to Austria, I had very little vision of what it might be like, as I’ve actively avoided seeing The Sound of Music my entire life to date. In fact the only people I had heard talk about the country were all three sets of my grandparents, who all declared it to be beautiful. That’s all I needed, the seal of approval from my grandparents. We also visited based on the fact that we could get incredible deals, as the ski season was over in September, therefore it was somewhat quiet.

Normally I am not into package deals, but these really are too good to pass up when you consider that the hotel is just a base  for you to then go out and explore the surroundings. Our hotel was based in Seefeld which is in the West of Tirol, a lovely little town, reminiscent of Hansel and Gretel in the sense that every house looked like a gingerbread house. I would recommend this for a week, but any longer and you will want to move on to somewhere else because as great as it is, there’s a whole country full of beauty to explore. The hotel we stayed at felt like a retirement home where I am certain we were the only under 60s present. This was a blessing in disguise as it meant that the mountains in Seefeld were quiet, however it did mean that there was a daily brawl for cake at afternoon tea,  as they waited poised in the lounge since breakfast, (probably). 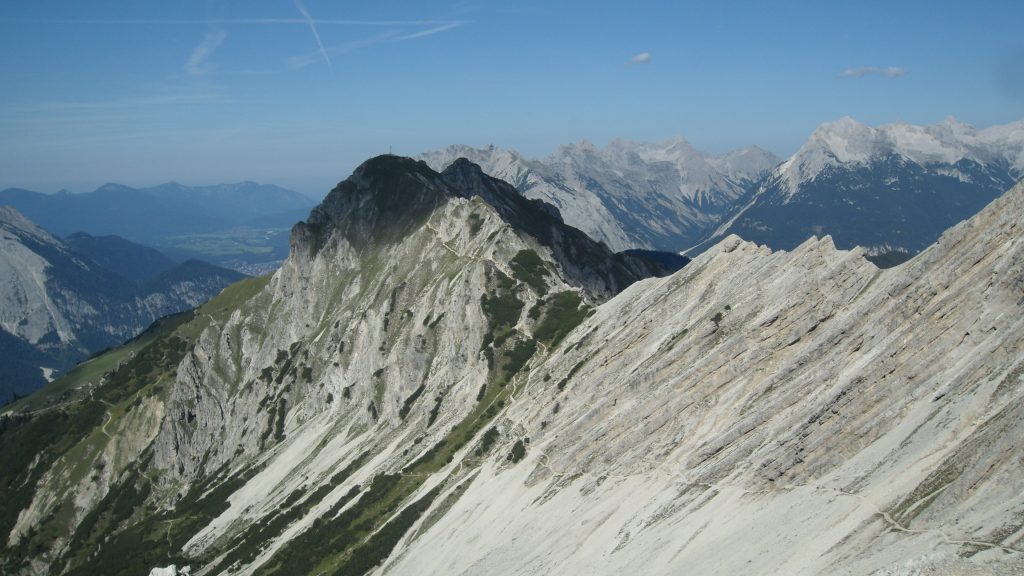 If you are looking for a relatively easy climb, then I would recommend for you the three mountains overlooking Seefeld; The Seefelderspitze, Jochspitze and Reitherspitze. The first one hundred metres or so were a challenge as my body was not used to the altitude that we were set at, but once we got going, it became much easier. The views as you get higher, will only continue to get better, as you gradually move away from the view of the little town below, and find yourself looking out onto the Alps as far as Germany, as the tip of the Zugspitze peaks through. Once at the top of the Seefelderjoch you are then able to walk along, some 150 metres upward to the Seefelderspitze, again offering some brilliant panoramic views. The icing on the cake however was the 150 metre climb to the 2374m elevation of the summit of the Reither Spitze. We spent many minutes debating whether this mountain looked climbable, and whether it was worth going up,  how could the views get any better? 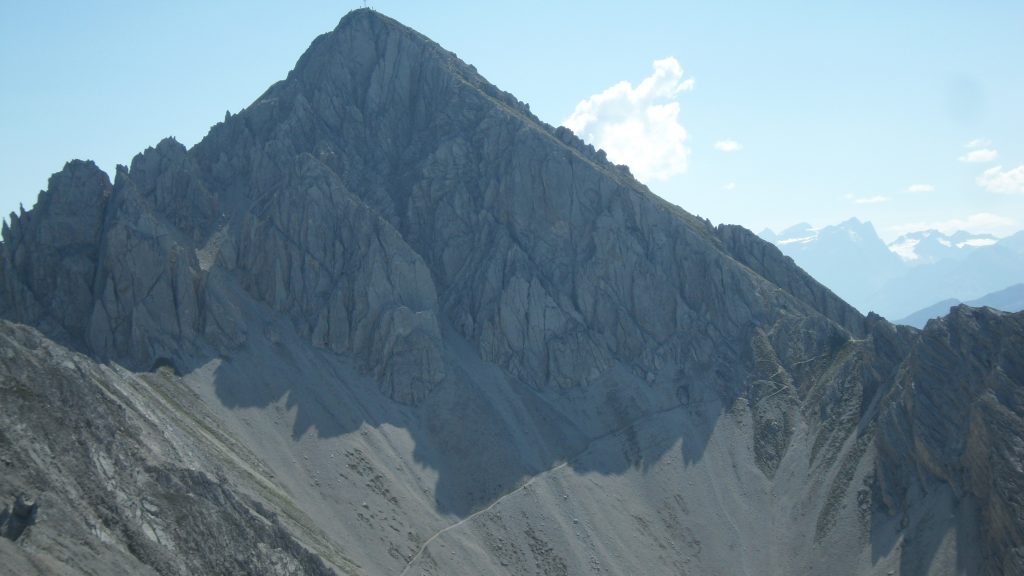 Eventually we decided that we had made is so far up, so what was another 200 metres?  The climb proved to be dissimilar to the two previously, in the sense that, we actually had to ‘climb’. Before, we had just been walking, walking at an angle, but now we were on our hands and knees climbing up rocks toward the summit. A personal highlight for me, was seeing a domestic ladder similar to one that you may find in B&Q, simply laid across some rocks in order to aid your climb. 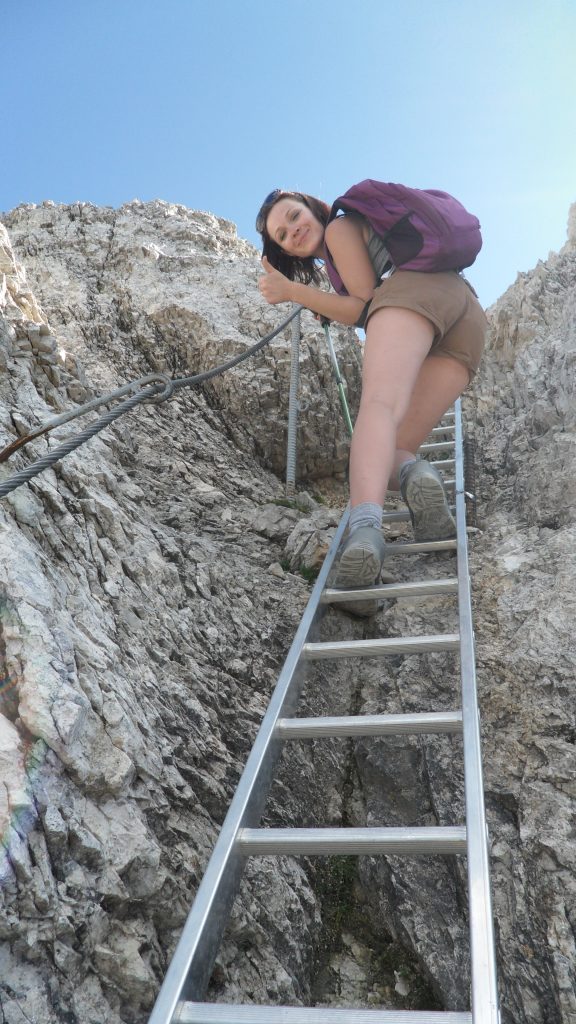 Not many people passed us by as we made our way up, in fact only two people were at the top, with the addition of a man relaxing reading a book and taking in his surroundings. The views were spectacular and the relief of getting to the top made it all feel worth while. I was especially able to appreciate just how far we had climbed when a microlight aircraft swooped by, just above our heads.

I am sure that a million others wouldn’t agree, but the hardest part of climbing a mountain is the walk back down. By this point my feet were basically two large blisters, so when we opted to walk down via the steep decline that was the ski slope, it’s hardly surprising that I could barely walk for the next few days. 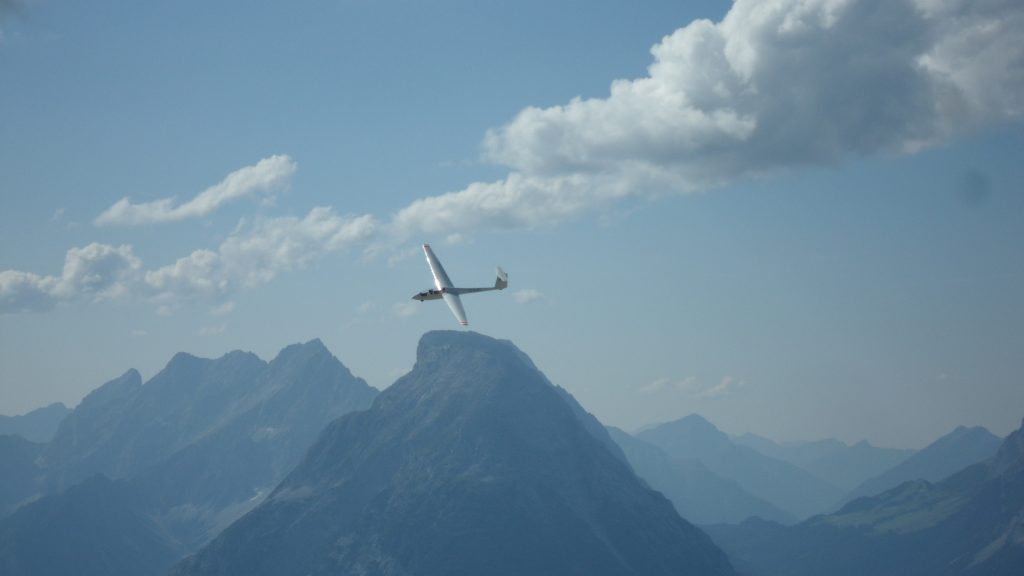 Those next few days were spent visiting little villages in and around Seefeld, the first was Scharnitz. Upon arriving at the station I literally felt as if I had been dropped in to the middle of nowhere as we were the only ones who dismounted the train, into a big open space with a worn down station, ( which didn’t sell tickets, it was basically the shell of a station with nothing in it) but that only confirmed to me that the places we were visiting were not going to be heaving with tourists. We had a walk around up into some foot hills, got a little lost, saw some panoramic views and headed back down again to the Isar river. The river was beautiful, the water so clear you could see every shard of stone beneath it. This called for a paddle to relax our weary feet! Lovely. 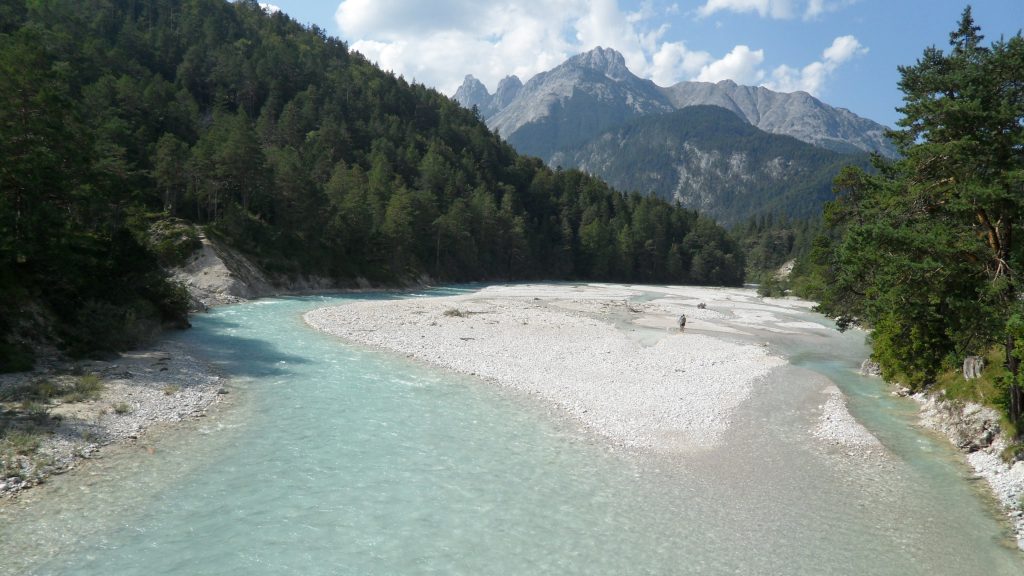 The Isar river is a popular walk as it is fairly flat, so if you fancy something a little bit easier then, this is the one. We found similarly nice views as we took to the Leutasch Gorge, via Mittenwold. The water running through the gorge was stunning and walking above it was a good experience. The wobbly bridge that run above it however was the highlight. 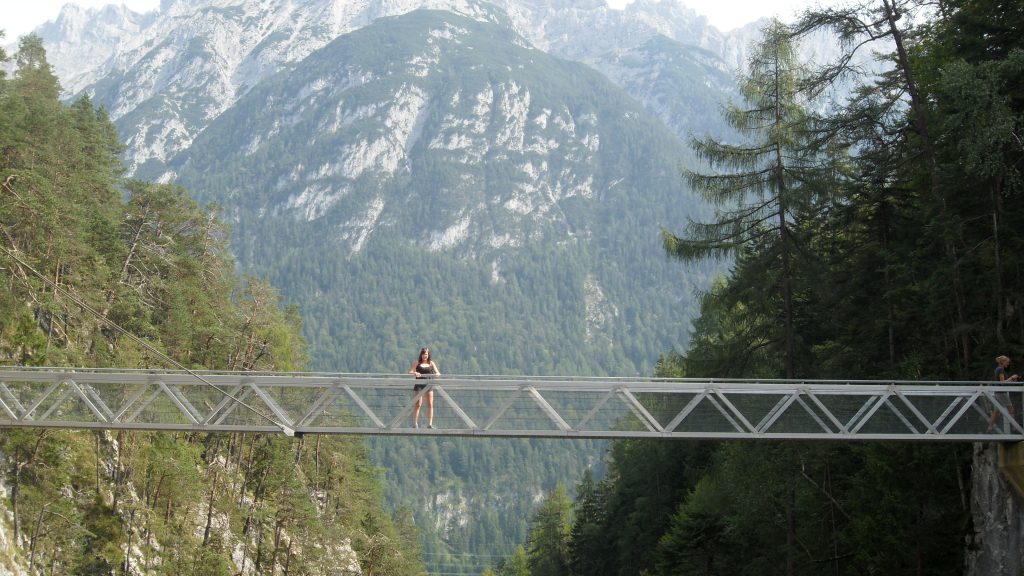 Make sure however, that you don’t miss the Waterfall on the way back down, it costs money, it’s freezing in there and you should prepare to get wet, but it is a gem.

Innsbruck was slightly disappointing. We went on a day when torrential rain had ensued so this perhaps impaired our judgement, as I can imagine on a hot sunny day the streets are beautiful, but not on that day. However, the savior was (surprisingly), the Alpine zoo! The zoo was situated so high up that it was labeled as ‘Europe’s highest zoo’, meaning, as we entered the zoo, we in fact entered a rain cloud. We got very, very wet. Regardless, the animals they had on display were fantastic, I ended up meeting species I had never come across before and I was happy to be able to meet a baby bear. Cold and wet, but a priceless experience. 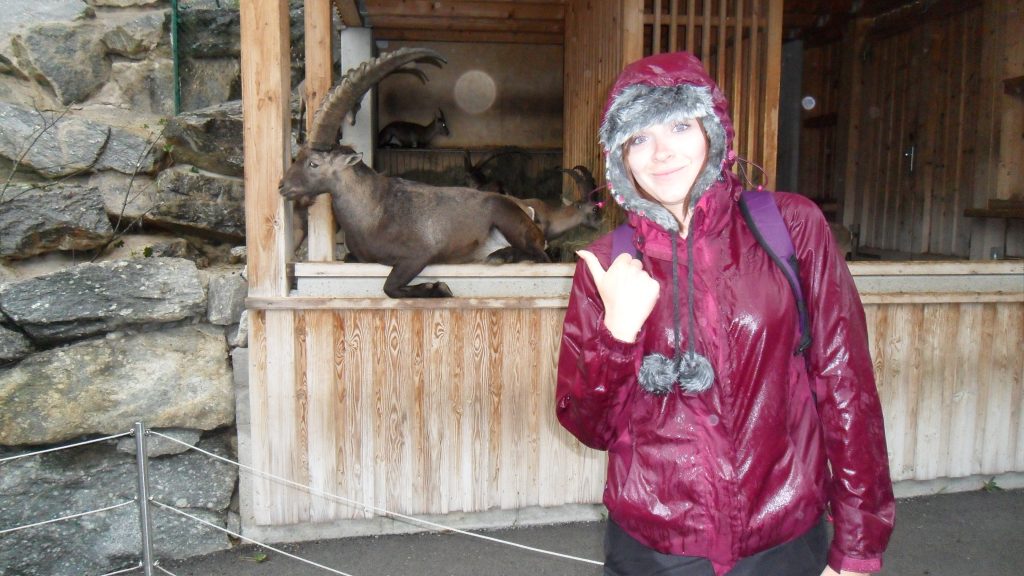 It’s also safe to say that Seefeld wasn’t looking it’s best when we returned. No this is not a camera effect, it genuinely was this grey and miserable! 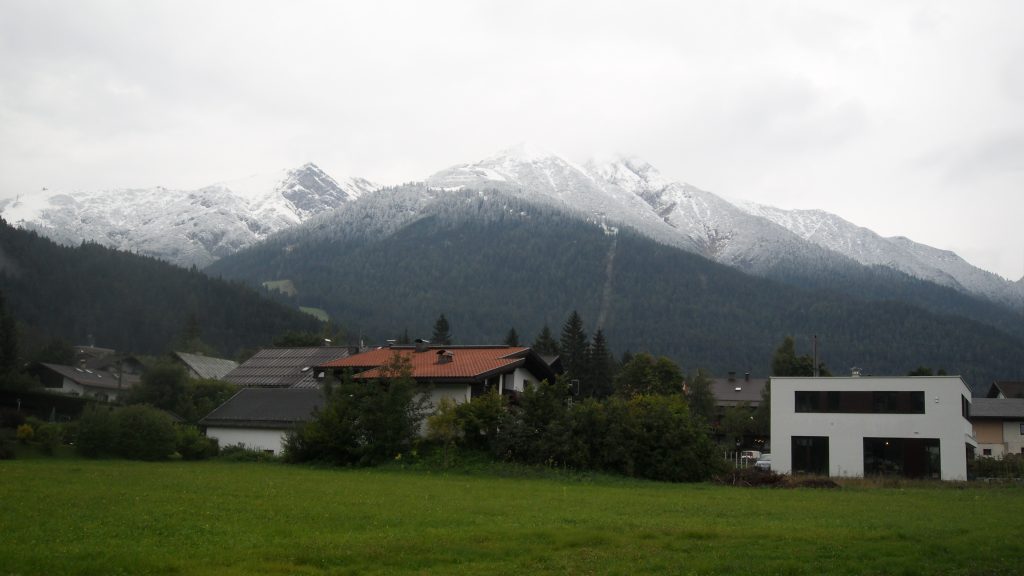 When in the region of Tirol you should make sure you experience white water rafting. I myself am not a big swimmer, nor do I like boats, but after some bullying into it, I was in. The river we took on was a grade 3 river ( the scale only goes up to 6) so it was a big river for a first time and we took some pretty big hits in whirlpools and on waves, but it was incredibly good fun. Although the whole of the rafting session our instructor tried to ensure we were outside of the boat more than we were in, everybody took it with a pinch of salt and got on with it. I would recommend that you go slightly earlier on in the season as when we went, the banks were lined with snow and as you can imagine, regardless of the wet suits, we were frozen to the bone.  We went with a company called Wiggi, the instructor Larry was a great guy and in fact  turned out to be from our home town, so he was as pleased to see us as we were him.

On our last day we travelled to the Zugspitze. That’s the highest mountain in Germany. We had travelled with every intention of climbing, and having done some research online previous to this, decided it was more than doable without specialist climbing gear. However upon arrival we were informed that this would not be possible due to the recent snow fall. We were also told that it is a six hour climb and therefore would not have time to make it up and down in time regardless. I was very disappointed at the time, and was despondent as this meant getting the cable car up like everybody else. 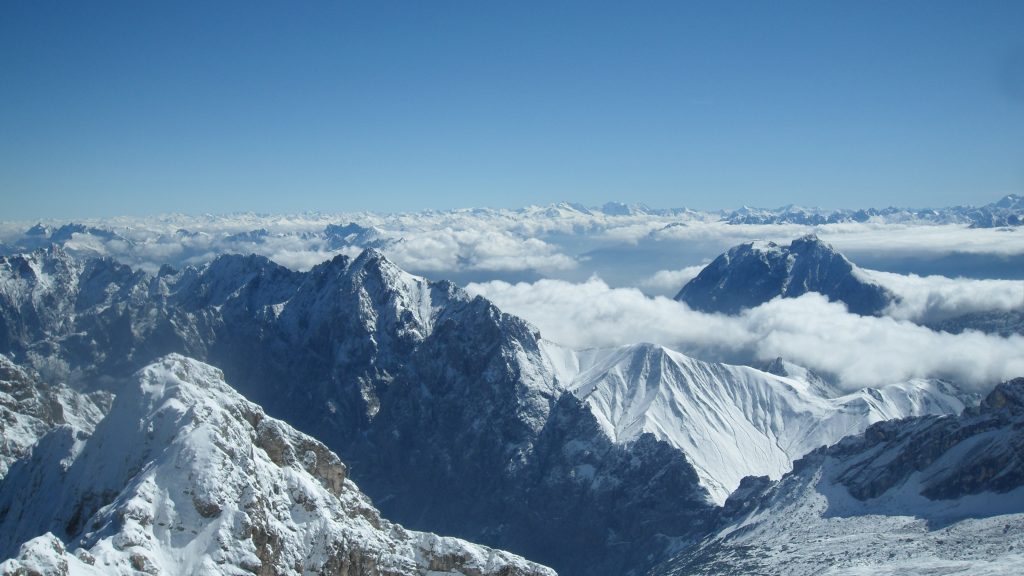 Why was I ever despondent? What an incredible view!
It wasn’t the ideal way that I wanted to reach the summit but my was it worth it. The panoramic view was incredible. Caps of mountains everywhere, cloud, snow, ridges, whole towns like ants below. Oh I forgot, there was a chap cooking and selling bratwurst at the top of the summit, it had to be done. I saw four people reach the summit whilst there and to be fair they looked like there were clinging on for dear life, so I am glad in a way that I did not attempt this feat.  I could see the Hohe Munde which was visible from our hotel, and it was from our hotel that it looked so near, yet detached from all other mountains I had no idea what else was above and around it.
Every inch of my body wants to go back in the summer and to climb it properly. 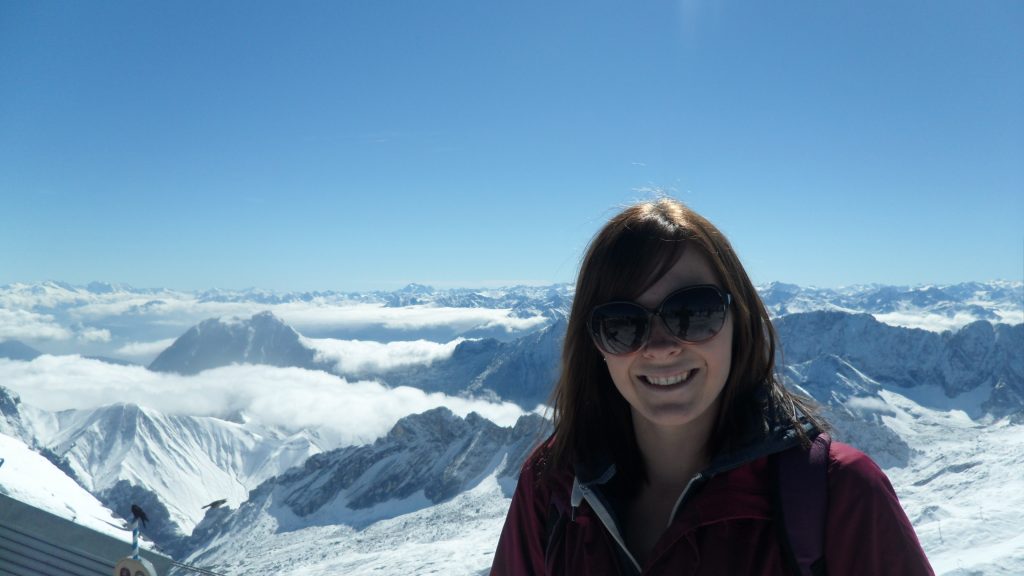 If you have a thing for tame squirrels, Seefeld lake is the place to be. We arrived with a bag of hazelnuts, which turned out to be like crack for the squirrels and birds. We had them eating out of the palm of our hands, landing on our fingertips and climbing up our legs. I think we could have stayed there all day, in fact we stayed for hours, but unfortunately the only thing stopping us was that we had a flight to catch. 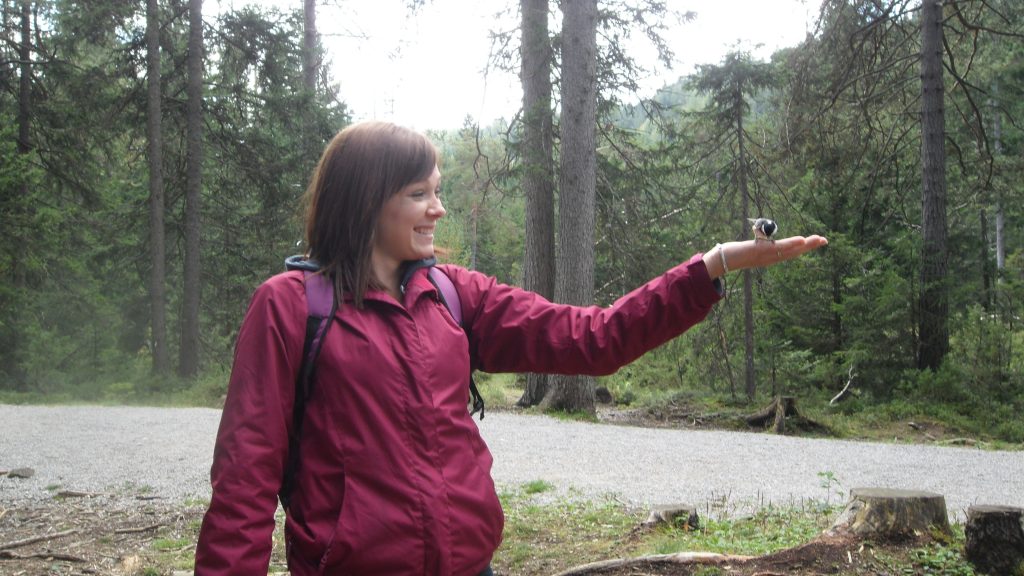 I miss Austria already. It was peaceful, beautiful and packed with so much to do and see. I think that if it is beauty and tranquility that you want then Seefeld is a good starting point. It’s safe to say that I would go back in a heartbeat. 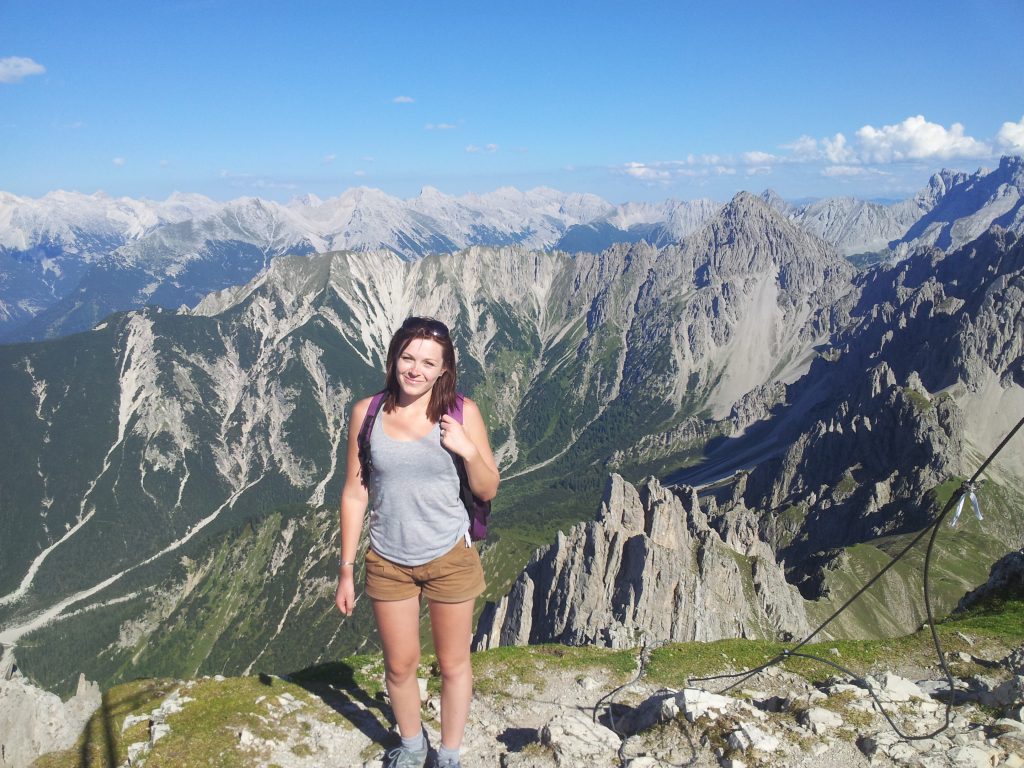